Holland is tinged with blue, at the European Windsurfer Class Championships the Italian athletes take home four of the five titles up for grabs.

The European Windsurfer Class Championships, the first of the era of the new “Windsurfer-LT”, took place this weekend in Hoorn the re-admission of the historic one-design class in World Sailing (ex ISAF, i.e. the International Federation of sport of sailing). 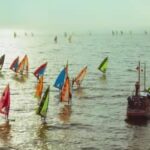 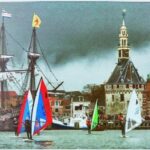 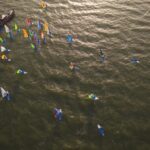 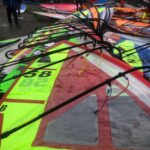 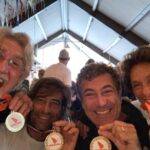 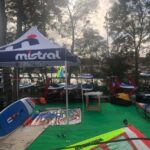 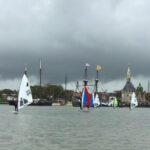 After the extraordinary success of the recent Windsurfer World Championships, held in Torbole sul Garda at the end of July, 120 athletes representing 12 nations met in the Netherlands in Hoorn, a quiet town just under an hour away from the capital Amsterdam, which gave birth to Stèphan Vanderberg, a true living legend of Windsurfing, winner of the gold medal at the Olympic Games in Los Angeles in 1984, an edition which also represented the debut of the flying board among the Olympic disciplines .

Organizing the event was the newly established Dutch Windsurfer Class (windsurferklasse.nl) which presented the largest number of home athletes on the starting line, not only for logistical reasons but also for the enthusiasm that the rebirth of the Windsurfer (thanks at “Windsurfer-LT”) has immediately generated in the “land of tulips”, which on the sailboards boasts a tradition of excellence that has continued and continues to this day. Suffice it to say that Dorian Van Rijsselberghe is the winner of the last two Olympic gold medals (at the London 2012 and Rio 2016 editions), as is the fresh Dutch world champion at the last World Championships in the RS: X Olympic class, Kyran Badloe.

Badloe was the protagonist, as well as the winner, of the “Country Race” held on Friday between the canals of the port of Hoorn and which actually kicked off the event, after due to prohibitive weather and sea conditions with wind beyond the 40 knots the Race Committee canceled the trials of the fleet regattas scheduled for the same day.

Under the banner of the now famous “Windsurfer Spirit” dinner on Friday, with oysters, cheeses and French wines, offered by the group of transalpine athletes (over 20) to the entire fleet.

Fleet that already gathered in the early hours of Saturday morning at the “Watersportvereniging Hoorn”, the club that hosted the event and that offered a valid and friendly welcome to all the participants, with the regatta committee willing to make run as many tests as possible and that started the starting procedures of the first round of the European Championship at ten in the morning, very punctual as scheduled.

The medium-light wind, of variable intensity between 6 and 10 knots decreasing in the afternoon, allowed the athletes divided into four weight categories plus women to carry out 5 races, some of considerable duration due to a course that was certainly very extensive and demanding, where the difference was not the physical preparation but the racing tactics and the running of the athletes’ table.

After the “Captains Dinner” also hosted in the Club’s premises, appointment again at 10:00 on Sunday, with the Committee intending to have at least one more fleet regatta run as well as the expected and spectacular long -distance. Despite the forecasts were disregarded (strong wind was expected but its intensity was even lower than those of the previous day), the program was regularly completed, with the Italian athletes who took home 4 of them. 5 of the European titles up for grabs.

In category A (light) Luca Pacitto from Lazio wins, in category B (medium light) victory of the “landlord” Stèphan Vanderberg, in category C (medium heavy) takes home the title of the other legend of windsurfing, Riccardo Giordano from Palermo, while in category D (heavy) to win Beppe Barone from Anzio. In women, Simona Cristofori is the European champion of the category.
The results of the other Italians on the podium are also of absolute importance, including the second place of Vincenzo Baglione (also from Palermo) in category C, the third place of Marco Costagli from Piombino in category A as well as the fifth place of Giovanni Di Stefano in the same category.
It should also be noted that the scheduled regattas were in effect considered valid for the purposes of awarding the Dutch Windsurfer Class Championship.