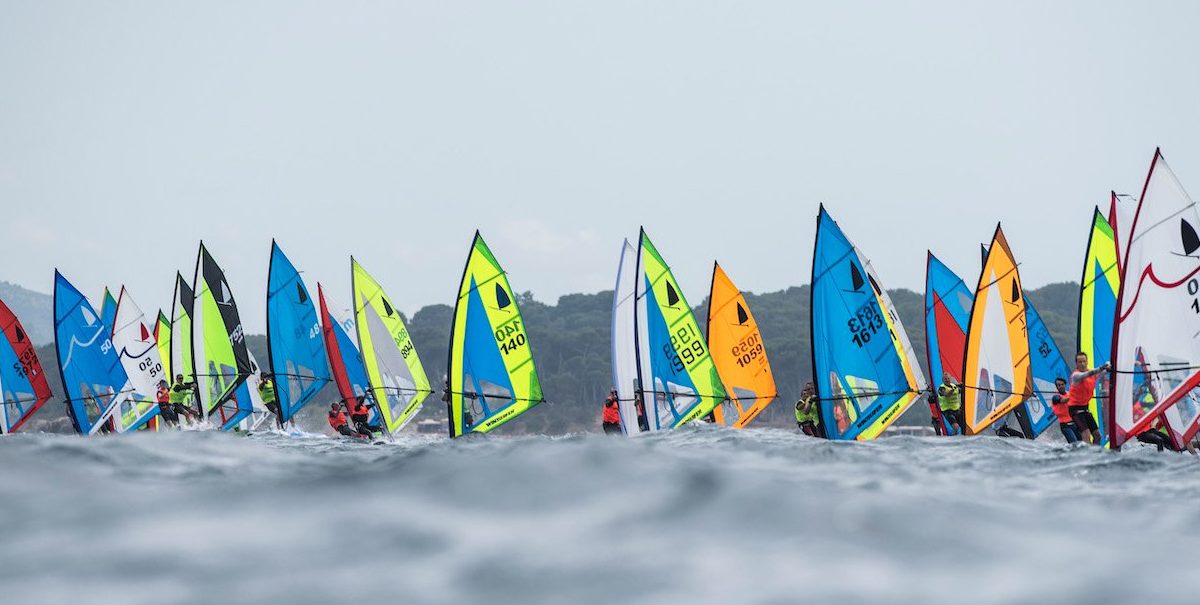 Over one hundred athletes arrived on the Costa Brava also from Australia and the United States,10 the races disputed with the spectacular Long-Distance on Sunday at the end of the event.

If it is true that perfection does not exist, it is probably equally true that the conditions experienced by the 111 windsurfers who flocked to Spain, in the Bay of Roses, during the four days of regattas in which the European Championships of the oldest and today repopulated Windsurfer Class of the windsurfing community were articulated, have come very close to it.

We are in the north-easternmost bay of the famous Costa Brava, over 16 km long, where the characteristic resorts of Roses, Sant Pere Pescador, Empùries with its ruins and the Escala overlook.

It is an area often affected by a strong north breeze and certainly the wind, even if not only north / east it was, was in addition to the athletes the absolute protagonist of the event. Always present, sometimes angry and sometimes moderate, he allowed, thanks also to the management of the highest level of an expert Race Committee, to complete the entire program of the event in absolute tranquility.

We were talking about the wind. Punctual too since the Wednesday practice race and practically every day respectful of the forecasts with even some welcome surprises. It went from 22 knots on Thursday (with gusts of intensity even higher …), with almost half of the “yellow” fleet (light, medium light and women) withdrawn or forced to land by the prohibitive conditions and the sea quite rough with waves of considerable height, to the much more affordable 14/16 knots of the following two days dedicated to fleet regattas,  and then settle at 8 during the “Marathon Race” on Sunday. During this last regatta the fleets left together, giving life to a rainbow of colorful sails easily visible not only from the beach in front of the campsite but from all over the coast. The regattas arrived right under the town of Escalà, circumnavigated a large islet (El Cargòl) located right in front of its promenade, and then returned back to the beach of Ballena Allegre, where the arrival was marked by two flags placed on the sand and the classic bell to ring, typical of long-distance. The bell is rung first for Andrea Marchesi, first also for category A (light). Among the medium-light victory for Torzoni while the Spaniard Lamadrid brings home the victory among the medium-heavy. For women first Manuela Arcidiacono.

The order of arrival of the long-distance has substantially replicated many of the values that emerged during the very tight fleet regattas, 10 at the end of the competition with 2 scraps applied.

In category A (lightweight) victory for the Australian Tim Gourlay, followed by the Italians Andrea Marchesi and Luca Frascari. In the B (medium-light) to dominate is the Piombinese Alessandro Torzoni, who also takes home the victory of the overall classification of the “yellow” fleet. Behind him, the Dutch Olympian Van Der Berg and the French Jean Philippe Delapierre, third, finished second. Among the women victory for the French Anne Herbert, followed by the Finnish Marianne Rautelin and the stainless Italian Simona Cristofori.

In category C (medium-heavy) the other Olympian Rodriguez Lamadrid from Spain closes in front of the Finnish Juha Blinnika and the Italian Giampaolo Fantozzi while to close for the category D (heavy) victory for the Australian Matthew Withnall, followed by the french pair Vincent Capela and Christophe Gilles, respectively second and third.

The insufficient scenic arrangement of the technical logistics on the beach was compensated by the excellent organizational and support base location of the fleet and companions, the Camping La Ballena Allegre, well “trained” to host international competitions with a large following and which welcomed the participants in a context characterized by eco-sustainability (an extremely topical issue) of all its components, from the accommodations,  to swimming pools, services and so on. The calendar was respected with an almost maniacal punctuality and everything (from the skipper meetings, to the signals of the start of the individual tests, to the awards ceremony to get to the convivial events) took place with an observance to say the least “Swiss” of the scheduled times.

After the European Championships in France last year, there are still few young Youth under 19 and Junior under 15 compared to the European Championships held in the Netherlands in 2019. For the under 13 expects the choice of an adequate rig (to be used also for under 1) and for the Windsurfer schools that are reorganized in the various national sailing centers and waiting for the relations between IWCA and World Sailing to be defined in view of the possible reorganization of settling youth and master championships.

For the Windsurfer Class it now promises to be an interesting second half of 2022: from 14 to 18 September it will be the turn of the Italian “Open” Championships scheduled for the second time in Vieste, after the very successful edition of 2011. Great expectations for the “Windsurfer World Championships” of Mondello that will take place on the beach of the Sicilian capital, temple of sailing boards, from 3 to 9 October for an edition that already less than three months later has about 300 pre-registered athletes from all over the world. 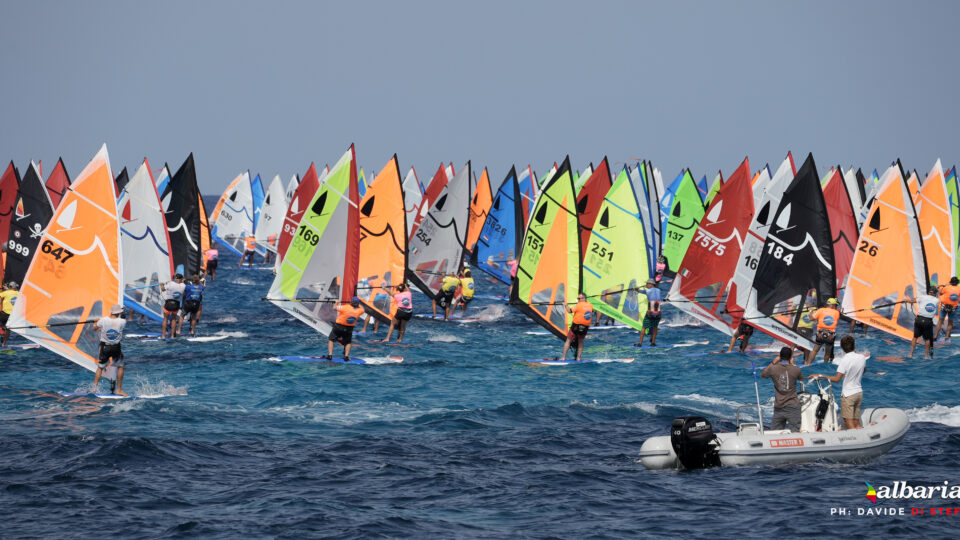 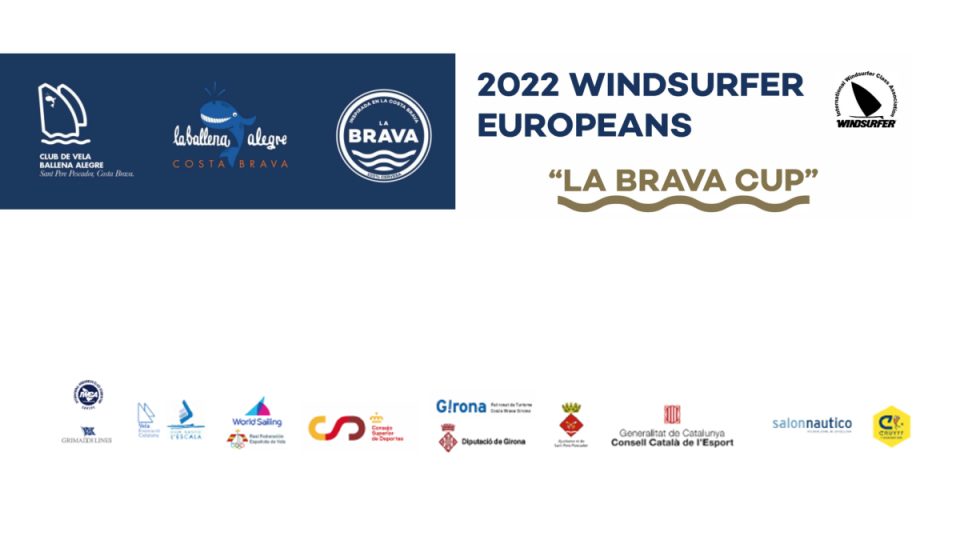 IWCA International Windsurfer Class Back to the future. New website